Any user eligible for the SAFE user allocation needs to create and execute at least one claiming transaction through the $SAFE Claiming App before the 27th of December 2022 (27.12.2022 10:00 CET is the official deadline). Allocations that have not been redeemed by the 27th will be transferred to the SafeDAO treasury. The following FAQ tries to answer the most critical questions:

"How can I check if my Safe did redeem or not?"

Visit your Safe's home screen and check the new Governance section. Only if you are eligible and have not redeemed your allocation yet, you will see the following message:

"How do I redeem my allocation?" 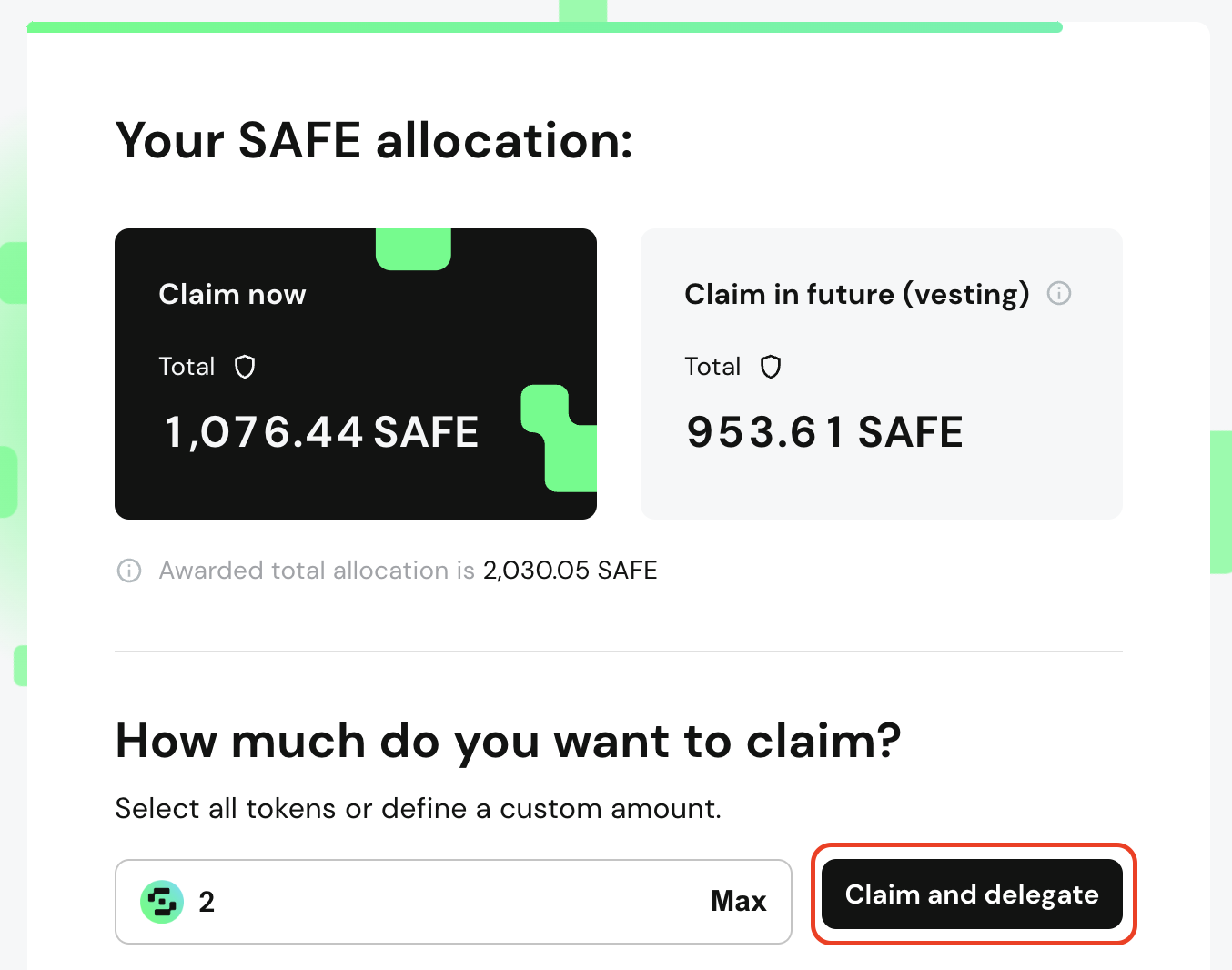 "What is the difference between claiming and redeeming?"

The redeem function enables the user to initialize or accept their individual allocation in the airdrop contract and start the vesting.

The redeem transaction is added to the first claiming transaction in the $SAFE Claiming App automatically and only needs to be executed once. No further user action is needed and the user can claim any vested amount in the future.

Claiming transfers the specified and vested amount of tokens to the claiming Safe.

The airdrop contract can be found here:

"Why is there a redeem deadline?"

The SAFE user allocation seeks to grow the pool of active governance participants of the SafeDAO. The redemption deadline (redeemDeadline) was set to the 27th of December 2022 to ensure that only active Safes will receive the allocation. Users have 3 months to prove they are active by making the initial claiming transaction. A user can always delegate the voting power to somebody else to make active governance decisions on their behalf.

"I have claimed some Safe tokens already with my only eligible Safe. Any further action required?"

If you successfully claimed Safe tokens with the eligible Safe once, you do not need to do anything and can claim vested tokens at any time in the future.

"I have already claimed some Safe tokens with one of my eligible Safes but not with other eligible Safes. Any further action required?"

You need to create and execute at least one claiming transaction through the $SAFE Claiming App for each Safe that is eligible.

"I have already created the first claiming transaction but it is not executed yet because I am missing signatures."

Only a successfully executed transaction can redeem the allocation for the eligible Safe.

Did this answer your question?